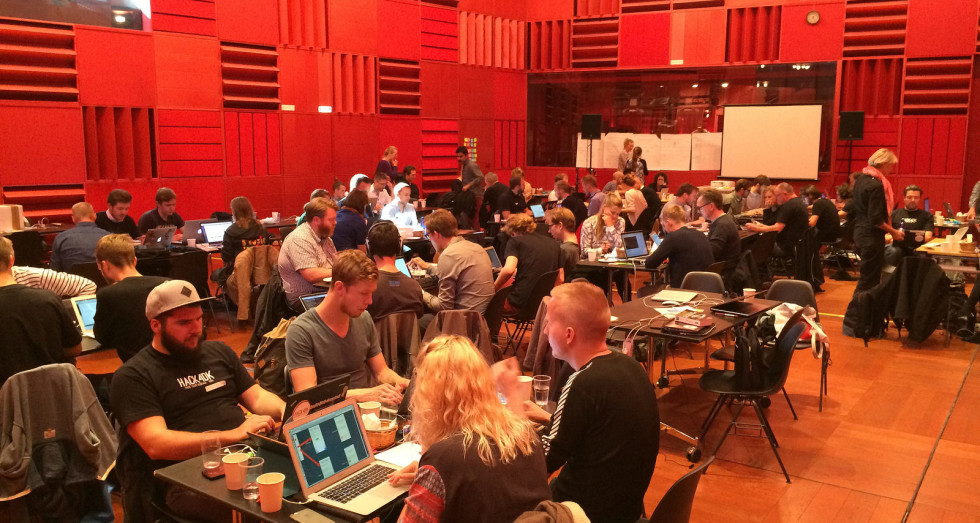 HACK4DK is an event where all types of creative people are invited for three days to use the Danish cultural heritage to create new things from APIs and data around artworks, aerial photos, stamp collections and lots of other interesting things from Danish cultural institutions.

This was the fourth year it happened, and I’ve been lucky enough to be part of it the last two years. In 2014, I got my hands on a large set of data around library loans, and built some interactive visualizations from that. This year, I instead used SMK‘s database of artworks to create a site where users can rate art and then register to have their taste in artworks matched against other users of the site.

I called the project ArtBuddy, because the idea was to enable people to find others with similar tastes to go to museums and exhibitions with. There’s nothing worse than going to a museum with someone who wants to stop and study every single one of those paintings that I find so boring that I just want to leave the room and see something else.

It would also make it possible to find new exhibitions of interest, be a tool for museums to see what art their audience actually likes, and give me lots of new fun data to play with around preferences in art.

The hackathon was of course only three days, and included plenty of social time (because yes, programmers are social animals too!), so I didn’t get quite as far as all of my ambitions for the project, but I built a prototype that you can play with and register to match your taste against others.

In the end, a total of 28 projects were presented, from an app that lets you lick stamps on your smartphone, to a site that would teach cultural history through topical stamps, and a game that teaches math by making you add up the values on stamps. And no, it wasn’t all stamps. There were also auto-generated rap lyrics with 18th century swear words set to music and historical photos, 3D models of museum pieces, artworks mixed up with instagram comments, and much much more.

Personally, I’m very much against turning hackathons like this into competitions, but when the public vote this year put my solo project in third place, above so many other great projects, I can make an exception.